The ceremony started with a grand entrance that had traditional prayers from a local elder Doris Caribou, followed by smudging and the passing around of sacred items, and finally traditional songs and drums.

Two Special Constables, Emily Hyatt from Fort Frances and Paige Randell from Marathon, were added to the force.

The staff who were recently promoted are as follows:

Cassidy Copenace, a member from Onigaming First Nation, was also commissioned a beaded medallion with the T3PS Office of the Chief of Police logo and presented it to Police Chief Kai Liu.

During the ceremony, the new Honorary Junior Chief of Police, Dian Green was also celebrated once again. Dian was previously sworn in during a ceremony on October 9, 2021.

Dian, who is a 12-year-old member of Iskatewizaagegan #39, is undergoing treatments for his 3rd fight with cancer. Green has been battling cancer since the age of two and currently resides in Winnipeg with his mother Rachel, father Dylan, and siblings

“Dian had no choice but to be brave for a long time. It is a privilege to induct him into our service knowing his courageousness and devotion to policing,” said Chief Lui.

On Saturday, Dian was able to go on his first patrol alongside his grandfather Constable Tom who is also a member of T3PS.

When asked what his favourite part of the patrol was, Dian said “we stopped two cars,” with a big grin.

In an interview following the celebrations, Chief Lui said that T3PS is still hiring.

“No, we're still hiring. We have a recruiting class that we're currently recruiting and the target is for 10 that will be going to the Ontario Police College in January and we will continue to hire. So certainly, the message to our community members is that anyone that is interested in hearing more about. What it's what it takes to become a police officer to reach out to Treaty 3 and we would welcome that that inquiry,” explained Chief Lui. 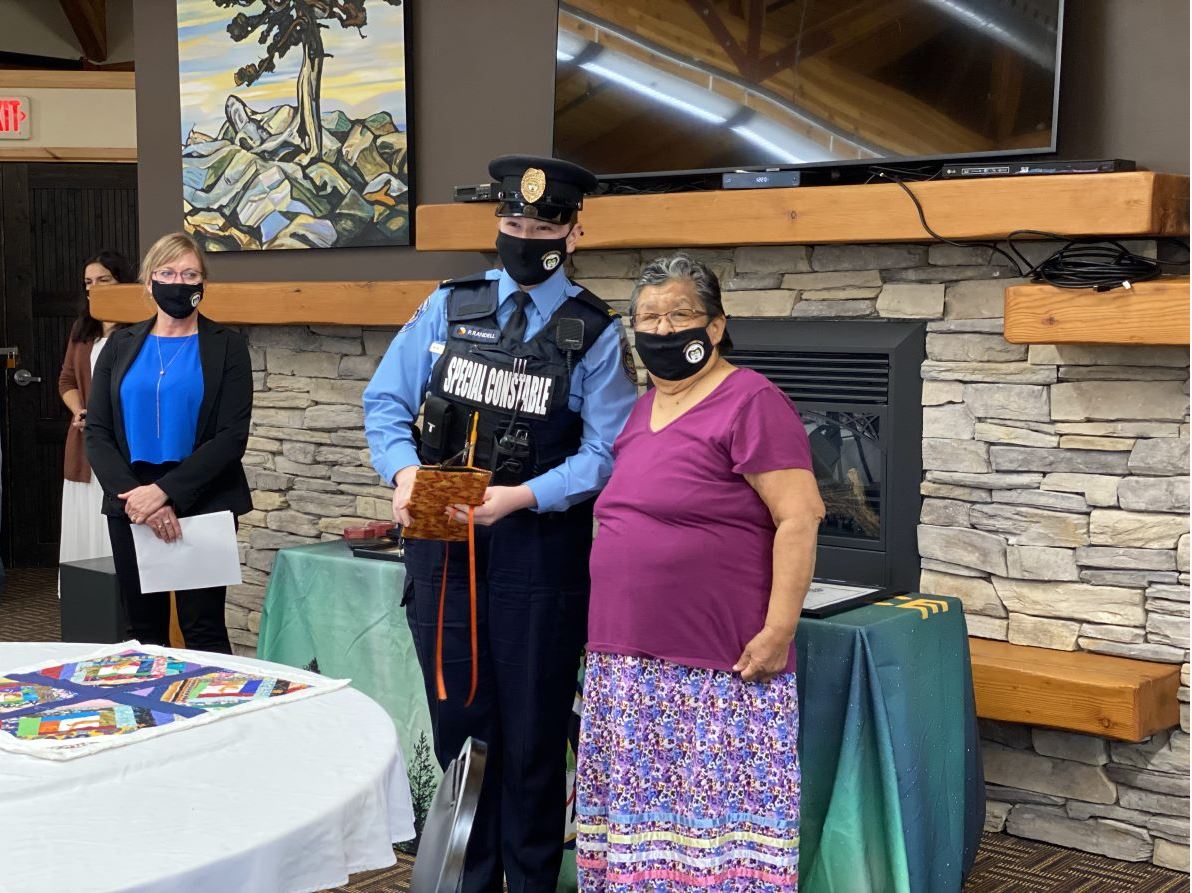 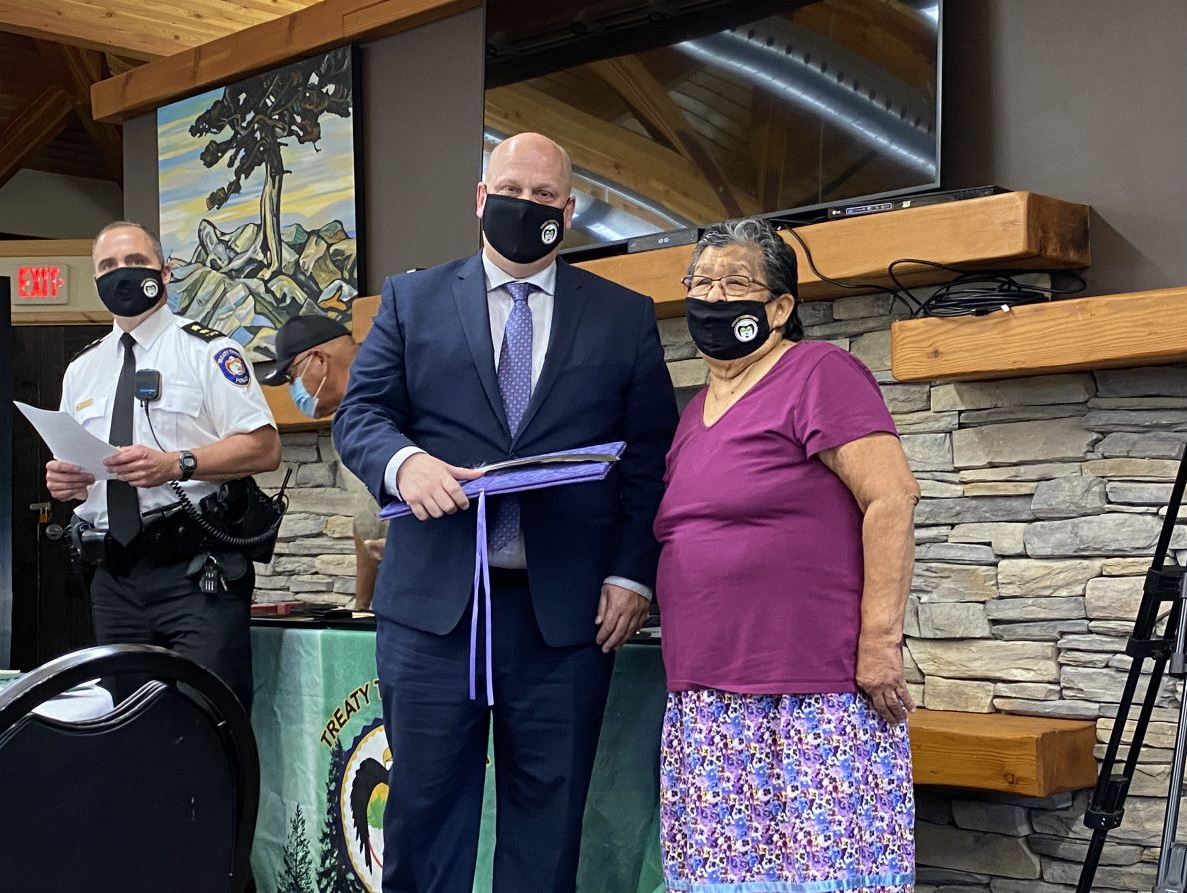 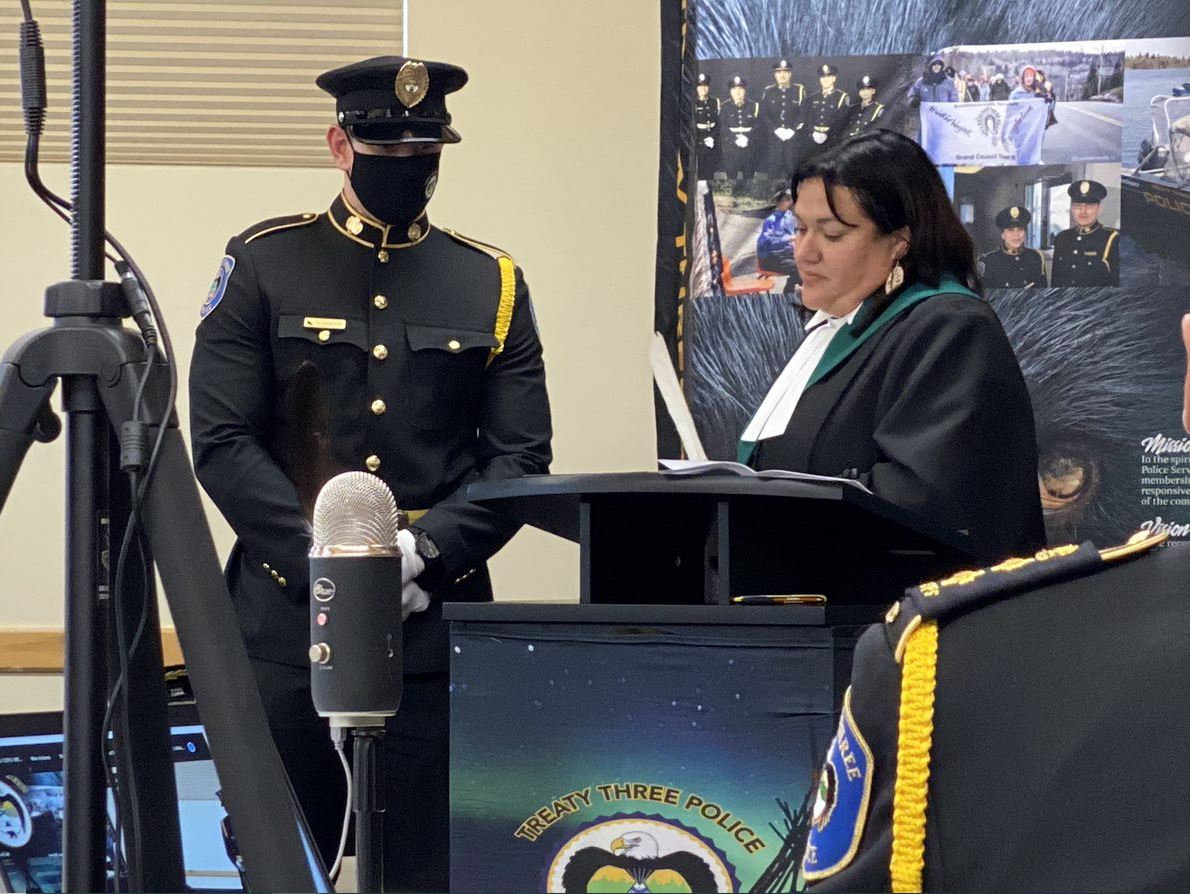 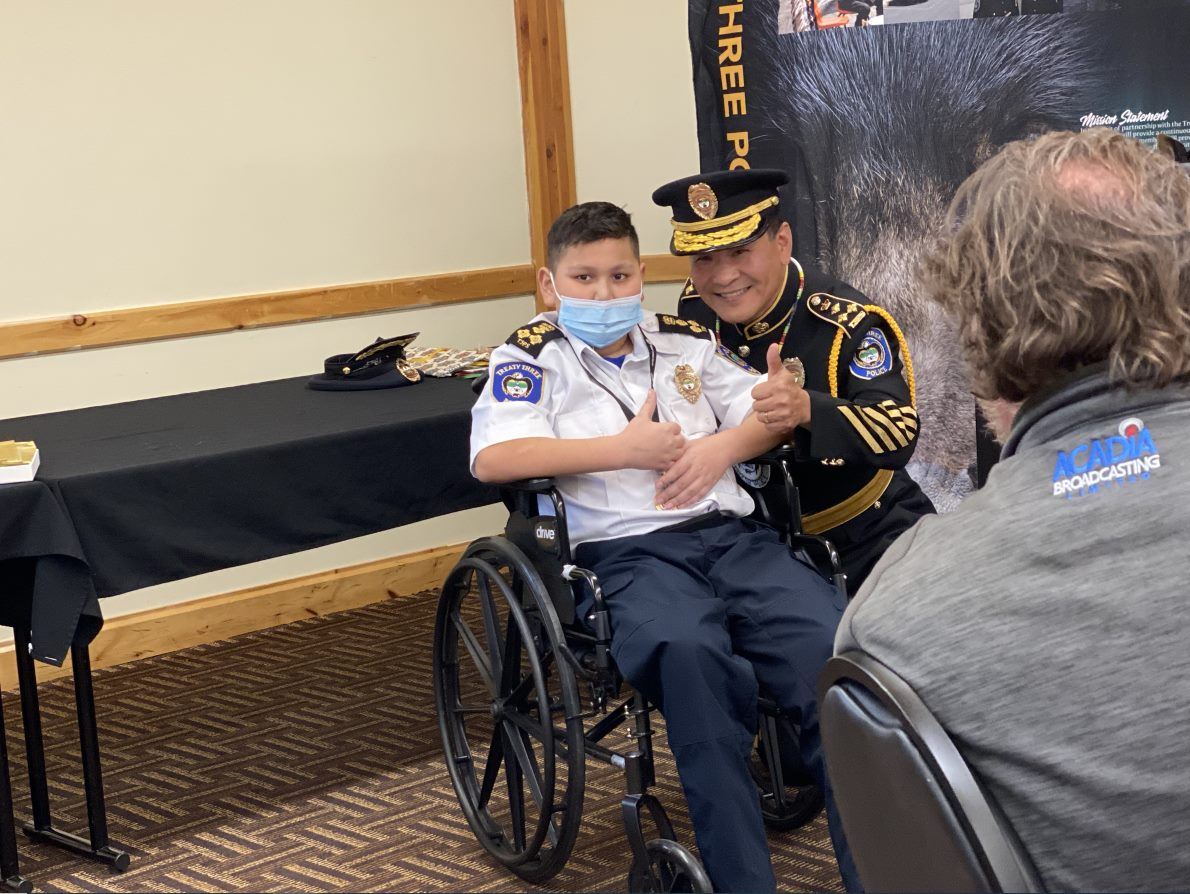 Free Flu shots for all Ontarians starting in November

Capacity limits increase, plans to remove all restrictions by March of 2022

Melillo: New vaccine passport will make it easier to travel

The Eagles take on the Warriors in some court sport action

Scleroderma Manitoba Educational Webinar "Scleroderma Can Be Hard To Swallow"