Written by Ryan Forbes Friday, May 07 2021, 5:00 AM
Article continues below advertisement ↴

76 long-term care beds that were expected to be built within Sioux Lookout’s Meno Ya Win Health Centre still can’t be found – despite an election promise from Premier Doug Ford over three years ago.

In March of 2018, the hospital applied for funding for the additional long-term care beds through the then-current Liberal provincial government’s Aging with Confidence: Ontario’s Action Plan for Seniors, which aimed to build 5,000 new beds by 2022 and over 30,000 by the next decade.

On May 4, 2018, media members, politicians and hospital representatives gathered in the health centre’s atrium as leadership announced funding to create 76 new long-term care beds, in addition to the 20 beds already in Sioux Lookout. Studies said the area needed a minimum of 96 beds total.

But during Question Period at Queen’s Park on May 5, 2021, three years and one day after the initial announcement, Kiiwetinoong MPP and the NDP’s Indigenous and Treaty Relations Critic, Sol Mamakwa, says no progress has been made on the work.

Although it was the previous Ontario government’s commitment to create the beds, Ontario Premier Doug Ford promised to fund the work during his 2018 election campaign while in Sioux Lookout.

“Our government is making substantial progress to fixing the staffing, capacity and infrastructure issues in long-term care. We are dedicated to addressing the long-standing issues in the long-term care sector, and we will continue to do just that,” Fullerton added, in a prepared statement.

In August 2018, Meno Ya Win staff created a new web portal to track progress on the construction of the new beds. But by May of 2021, the site is no longer active. Meno Ya Win staff originally applied for the long-term care funding back in 2015, with support from MPP Sarah Campbell at the time. 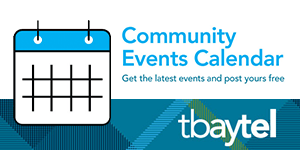