The Dryden GM Ice Dogs are preparing for one of their most meaningful games in the teams 20-year history.

Tomorrow night (Saturday, September 25) the Ice Dogs will be hosting a Truth and Reconciliation Game to acknowledge their commitment to reconciliation as well as recognize and honour.

An action-packed day will be taking place in Dryden leading up to the drop of the puck tomorrow night.

Tomorrow afternoon, residents will be able to sit down with former NHLers Reggie and Jamie Leach. The two are the only Indigenous father-son duo to win a Stanley Cup.

The event will take place at 1:00 p.m. at the Dryden Regional Training and Cultural Centre. Admission is free but donations are encouraged for the Indian Residential Schools Survival Society. Masks are to be worn and social distancing followed.

Those who want to attend need to pre-register HERE.

Prior to the meet and greet the two along with the team will be heading out to Wabigoon Ojibway Nation for a visit.

"To put on an event like this with the respect to our strong ties in these communities where we live. We think that's there's an opportunity for hockey to be a platform for reconciliation, so that's one of the themes of what we're doing and trying to communicate. The larger message being Every Child Matters, and Truth and Reconciliation. We have an opportunity with hockey to use it to showcase some of these things and to bring awareness to these types of issues," said Sveinson

The Truth and Reconciliation game will take place later in the evening when the Ice Dogs welcome the Thunder Bay North Stars at 7:30 p.m.

Prior to the game starting Jamie and Reggie will address the crowd, speak on the behalf of the Every Child Matters movement, and the two will take part in ceremonial puck drop.

The team will also be joined by past Indigenous players as well, including ones from nearby Wabigoon Lake Ojibway Nation and Eagle Lake First Nation who will take the ice to be honoured.

In commemoration of the very special evening, the Ice Dogs will be wearing a one-time-only special orange jersey.

This game came from the direction of the Canadian Junior Hockey League who mandated all teams across the league to host a Truth and Reconciliation Night. 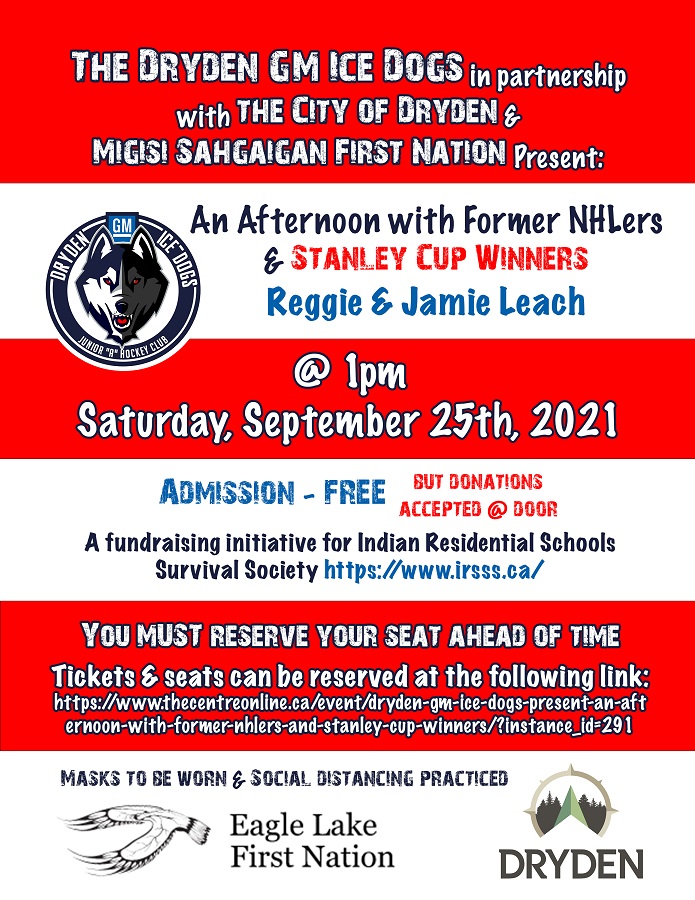 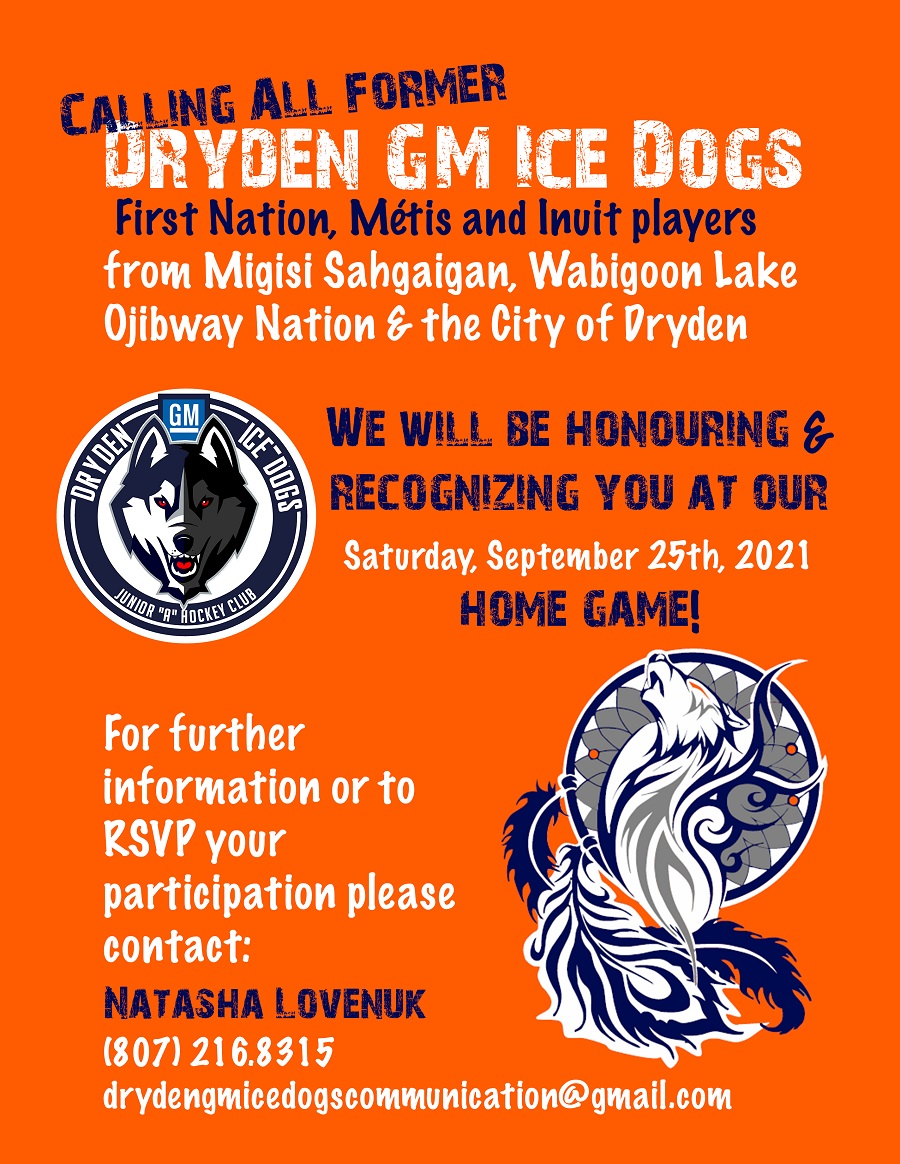 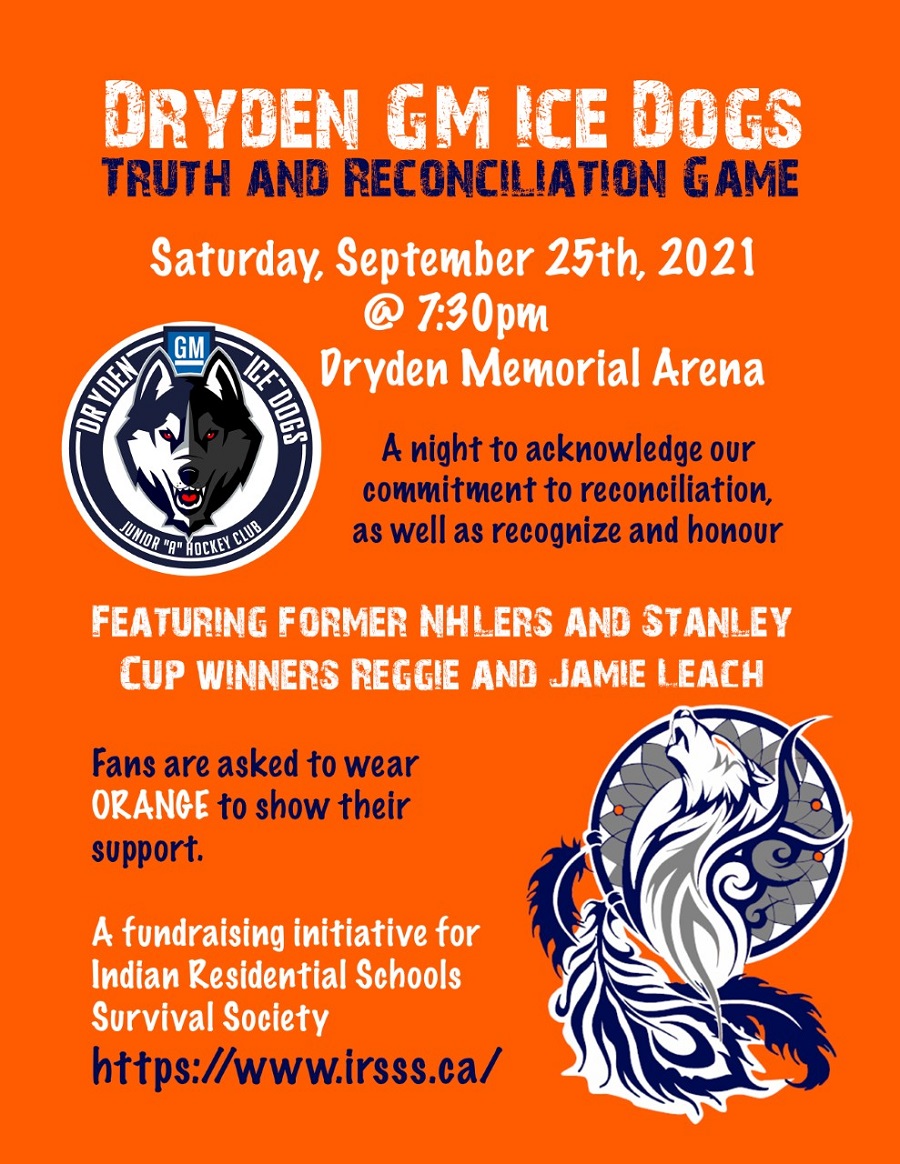